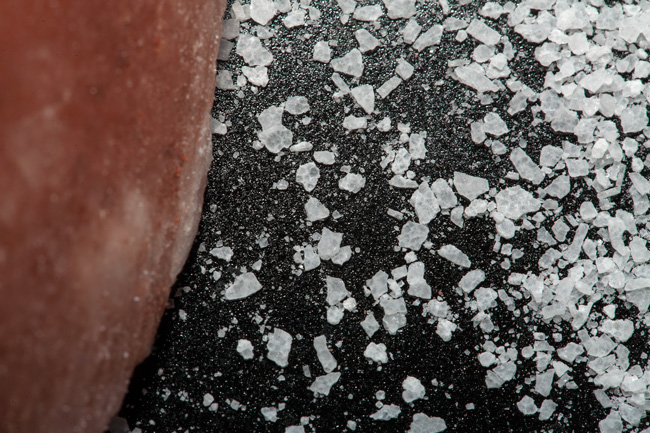 If you follow science news, you may have heard about the recent study suggesting that current public health guidelines on sodium intake are overly restrictive, and that consuming too little salt can be just as risky as consuming too much. If so, you probably also read retorts from the CDC, claiming that no credible evidence exists to indicate that low sodium intake is harmful.

Classic nutrition research, right? Teams of professionals and tomes of evidence, in direct opposition. And we’re left wondering who to believe.

When I studied to become an RD, conventional views on sodium intake were taken as gospel. I wasn’t really aware of the controversy surrounding the guidelines, but when I fell down the rabbit hole of internet research after reading the aformentioned study, I found that this debate isn’t new. For science buffs, I recommend this article by Gary Taubes for an eye-opening look at the history of our collective understanding of the effects of dietary salt.

Most health conscious people avoid salt because we’ve been reinforced for years with the idea that sodium is directly linked with cardiovascular disease. It’s certainly unsettling – hypertension (high blood pressure) is regarded as “the silent killer.” You feel fine for years, then suddenly fall victim to heart attack or stroke. And for people who struggle to keep their blood pressure under control, I do advocate for cutting back on salt. But if the goal of a low-sodium diet is to avoid cardiovascular disease by controlling blood pressure, what about people without risk of hypertension? Is there any reason to restrict sodium in the entire population, including people with healthy blood pressure? Sodium plays an essential role as electrolyte in our body’s biochemistry; should we really strive to consume as little as possible?

Some researchers claim that among other effects, very low sodium intake can be associated with increased LDL cholesterol, heightened sympathetic nerve activity, and decreased sensitivity to insulin. These physiological mechanisms could potentially be behind the mortality risk recently observed among study participants consuming the least sodium. Another possibility is that the low sodium intake among some of these subjects could be associated with a generally inadequate diet, or deficits in other nutrients (ie. malnutrition). I’ve already spent way too much time reading about salt this week, and I’m not about to scour the 25 studies in the meta-analysis for evidence of malnourished participants, but as a nutrition scientist, these are the kinds of alternate explanations that come to mind.

The CDC currently recommends that most people limit daily sodium intake to 2300 mg. But how was this guideline determined? If you refer to the DRI guide, even the authors admit that the numbers are not hard and fast: “Because the relationship between sodium intake and blood pressure is progressive and continuous without an apparent threshold, it is difficult to precisely set a UL [upper limit].” For what it’s worth, the recent study that prompted me to write this post found the lowest-risk sodium intake to be 2,645–4,945 mg; not crazy excessive, but not as low as current recommendations. Of course, this is just one study in the veritable jungle of conflicting research, so let’s be careful not to take it as gospel either.

We can’t deny that there are a multitude of factors that affect risk of developing hypertension – weight, exercise, potassium intake, dietary pattern, alcohol intake, and genetics. Nutrition is very individual, and universal recommendations aren’t perfect. I think this whole issue is pretty compatible with the modern trend of looking at nutrition in a larger scope, considering holistic dietary patterns rather than choosing to vilify or worship any one particular nutrient.

Personally, these are the reasons why I don’t stress about my salt intake:

That last one is key; because of the staples of my diet, my sodium intake is naturally low without having to think about it. When I break from habit and eat out in a restaurant, or toss a bag of seasoned yellow rice (infrequent guilty pleasure) in my shopping basket… no big deal. It all evens out, and it’s good to avoid extremes in either direction.

If any of my bullet points above were to change, I would re-evaluate my risk and adjust accordingly. If you want to better understand your own unique risk and translate that into an action plan, talk with a registered dietitian! We can help you better than anyone else.

2 thoughts on “Should we take sodium guidelines… with a grain of salt?”