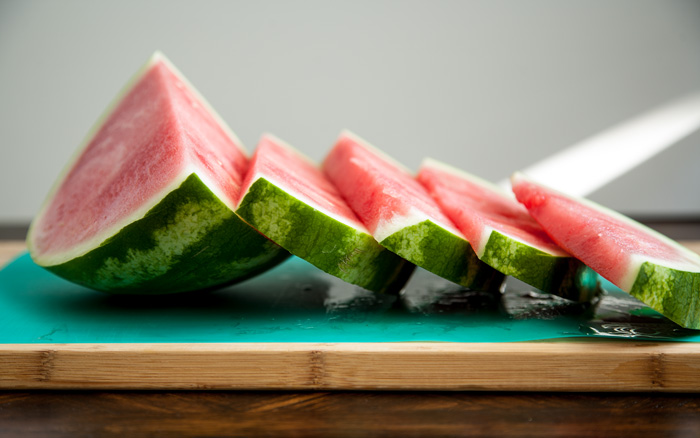 Let’s start by asserting that there are no “genetically modified” watermelons available for purchase anywhere on Earth. I’ll save my general opinions on GMOs for another time (spoiler alert: I’m not afraid of them) but rest assured, there are no labs tinkering with your watermelon supply.

So, to understand how seedless watermelons come to be so conveniently… seedless… we first have to lay out some terminology and discuss a unique aspect of plant genetics. The blueprint for all life is found in DNA, which is organized within cells into chromosomes, a collection of structures which house our genes. Unlike humans, who always have two sets of chromosomes (one set from each parent), it’s not uncommon for plants to have four, six, or even eight copies of every chromosome in their genome. It’s a quirk in their evolution; plant life is so tolerant of these huge genetic changes that an estimated 30-50% of all flowering plants have more than two sets of chromosomes.

Back to the task at hand: variation exists among species. Some watermelons have two sets of chromosomes (they are called diploid), while some others naturally have four sets (tetraploid). So, what happens when they get together and have watermelon babies? The first one donates half of its genetic material: one set of chromosomes. The other contributes half of his: two sets. Their mating results in an healthy baby triploid: an offspring with three full sets of chromosomes. Things are dandy, until junior grows up and wants kids of his own. Can he split his chromosomes in half to share with a lucky lady? NOPE! Three is an odd number, and no amount of genetic shuffling can result in viable pollen or ova. No reproduction, no seeds! 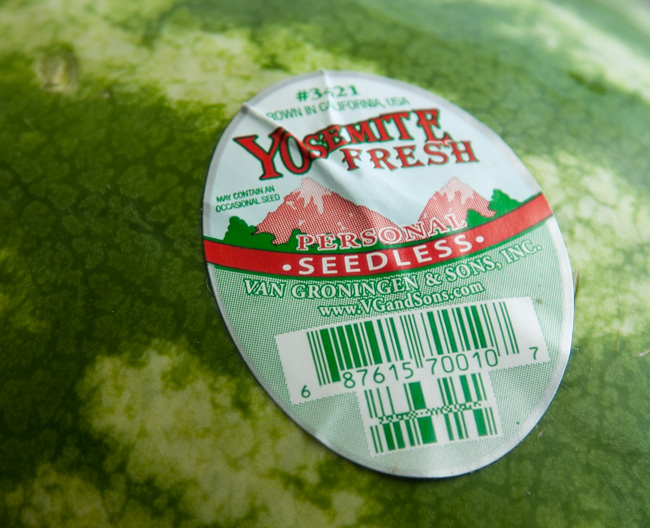 Without getting too lengthy, I should also mention another agricultural technique that sometimes comes into play in the seedless watermelon game: colchicine. This is a compound that inhibits microtubule formation, and basically can be used to rearrange the reproductive splitting of chromosomes in a diploid plant to let it produce tetraploid offspring. It’s induced chemically, but is effectively no different than the evolutionary “errors” that result in natural tetraploids. When used, colchicine is applied to a single point on the stem of the parent of the plant which will produce your seedless watermelon, so there is no risk of chemical exposure.

Does that make sense? The seedless watermelon is a simple hybrid, and nothing to be afraid of. Which is great, because watermelon is rich in heart-healthy and cancer-preventing lycopene, flavonoids, and other antioxidants. Not to mention its contribution to your recommended daily allowance of SWEET SUMMERTIME DELICIOUSNESS.

What do you think? I’m hoping I don’t get blasted by any real biologists, but I just wanted to paint a picture in simple terms.

2 thoughts on “What’s the Deal with Seedless Watermelon?”